Can a Focus on Well-Being Really Reduce Antipsychotics? 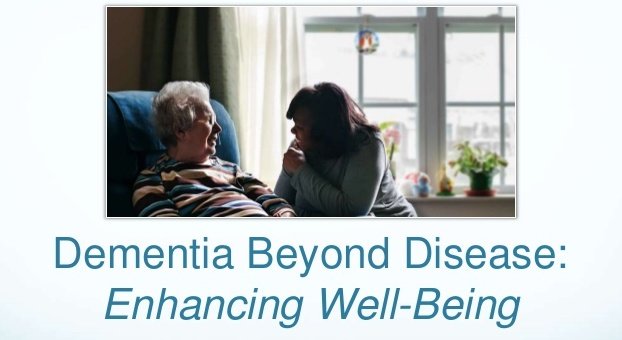 I have been traveling and teaching the above approach, and making this claim for several years now. Recently, I was privileged to hear from a friend in Arkansas, who took this idea and ran with it.

Angie Norman is a nurse practitioner who is Associate Director of the Arkansas Aging Initiative for the University of Arkansas for Medical Sciences. We connected over dinner last May, and she was excitedly looking for a way to bring the Well-Being Approach to some of the long-term care homes in her state.

Angie contacted a large, well-respected provider in the state and asked to be connected with four communities that still had relatively high rates of antipsychotic use. Angie then went into these four homes and began to teach this proactive approach, focusing on operationalizing the Eden Alternative Domains of Well-Being, as I developed in my book, Dementia Beyond Disease. The project lasted from May until December 2016, just over 6 months.

I recently heard from Angie that three out of four homes had succeeded in a relative reduction in their rates of antipsychotic use of over 60% in that short time! Their absolute rates fell from 24.1% to 7.9%, from 17% to 5.1%, and from 41.2% to 16.2%. And the satisfaction scores of the team members improved along with these successes. She reports that continued progress is being made since the study was completed in December.

Angie is now being asked by AHCA, Quality Partners of Arkansas, and the Arkansas Innovative Performance Program to develop a process to implement this model in the other homes around the state. Angie told me, “I believe this proactive approach is the key! It has changed my practice!”

She also mentioned that her husband has been using this approach with his best friend, who is living with dementia, and has enjoyed great success and is seeing their friendship continue to grow.

Of course, one might ask about the fourth home, whose relative rate only dropped 11% (from 18.4% to 16%). So I did. Angie’s response reinforces my contention that the success of these initiatives is a two-pronged approach. It not only requires education to hands-on team members about the well-being approach and how to operationalize it; it also requires a strong commitment from the formal leaders of the home, particularly the Administrator, Director of Nursing, Medical Director, and Consultant Pharmacist.

These are the individuals who validate the team’s efforts for the larger organization, provide ongoing support, break down barriers, and also help the team by “having their backs” as they attempt a radically new approach to support and care. It appears that this process is still not yet fully realized in the last community, and the work there continues; in reality, not every organization is ready from Day 1 to take on a new way of operating.

This is why my colleague Daniella Greenwood from Arcare Australia repeatedly reminds us that our employees need more than education; “they also need permission.”

Arkansas was ranked #47/51 in antipsychotic drug use just two years ago. They are now #23 and had one of the top three improvement rates in 2016, with an overall relative reduction of over 40% from 2012! This initiative will give them an added resource to build on their success.

Congratulations to Angie and the communities in the project for their remarkable success. I can’t wait to hear what happens next!